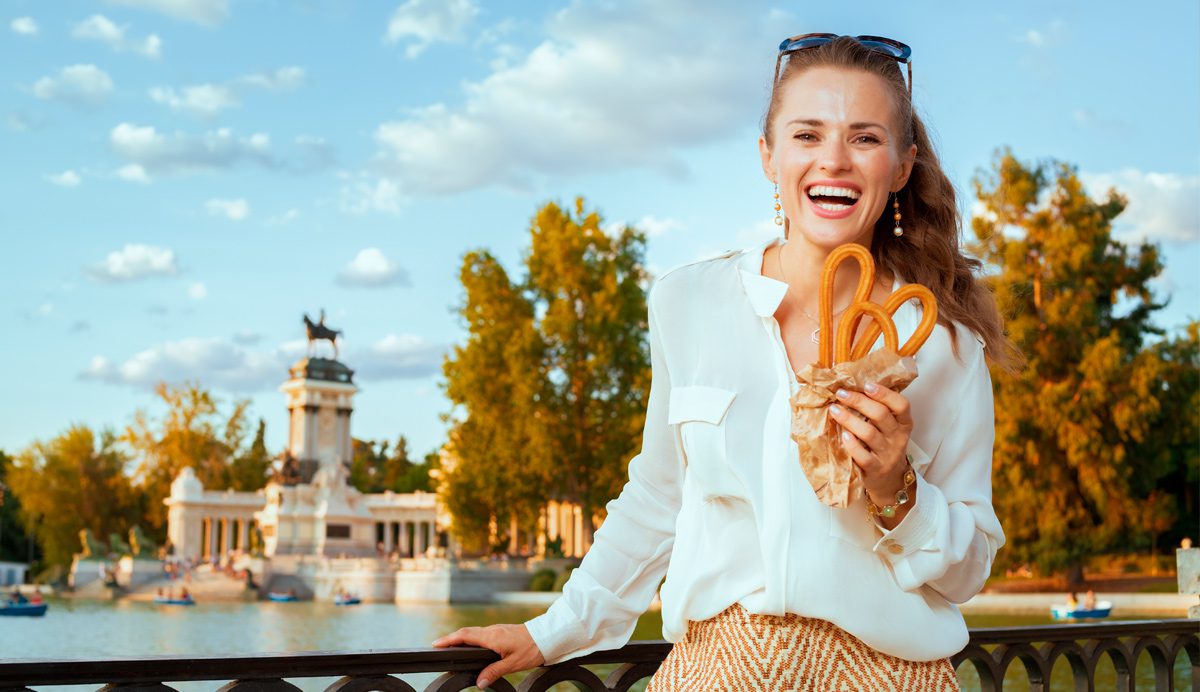 There are many places to visit in Madrid, some of them more touristic and others secret places that are less accessible to tourists. There are places that, apart from guidebooks and routes, are pure history and you will have to discover them.

If you are considering coming to live in Madrid, you should know that you can make plans every day, as there are plenty of places to visit, restaurants and bars to go to, and parks where you can take a leisurely stroll or have a picnic with friends. Here are 5 things to do if you are a student and live in Madrid.

The Botanical Garden of Madrid, located between the Prado Museum and Atocha station, is one of those little-visited oases that surprises those who drop by and want to see other less touristic places in the city. It is one of the most beautiful gardens in the capital, and just the fact of being able to walk through it and discover the number of flowers, trees and different types of plants is a gift for anyone.

This garden houses a collection of more than 5,000 species of plants from different continents that are exhibited according to scientific and aesthetic criteria. Also, depending on the season of the year in which you go, you will be able to see different types of plants and flowers. For example, from approximately 27 March onwards, you will be able to see a large number of colourful tulips of different varieties.

On the other hand, the 8 hectares of land are divided into what they call the three terraces. The first, the “Terraza de los Cuadros“, has geometric squares formed by box hedges and inside there are medicinal, fruit and aromatic trees. Then there is the “Terraza de las Escuelas Botánicas“, surrounded by twelve fountains where you can see the evolution of the plants arranged by families. And the last one, “La Terraza del Plano de la Flor“, where you will find the Villanueva Pavilion, which is used for temporary exhibitions. 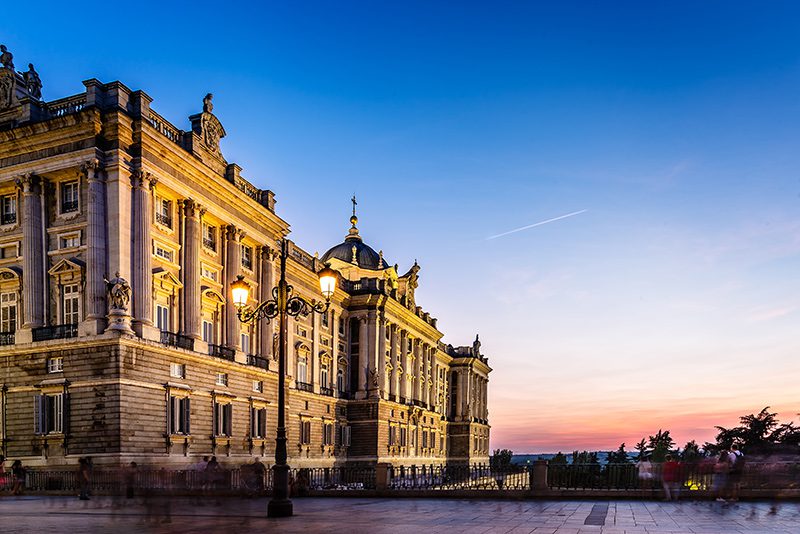 The Royal Palace of Madrid is one of the most popular tourist attractions in the spanish capital. Although it is the official residence of the King and Queen of Spain, no monarch has lived there since Alfonso XIII. Nowadays, this palace is used for institutional events, but it is also open to the public most of the time.

To start your visit, you will enter the palace through the Plaza de la Armería, which is located opposite the Almudena Cathedral, where the ticket offices are located. In the Royal Palace you will be able to visit 18 rooms open to the public, which are located on the first floor of the building.

After going up the main stairs and passing the Salón de los Alabarderos, you will come to the first of the halls, the Salón de las Columnas, in classical style and famous for its majestic decoration. This is the hall where some of the great official ceremonies are held.

What was once the chamber of King Charles III is now known as the Gasparini Room, and is probably the most prestigious room in the Royal Palace due to its imposing and highly ornate decoration in the rococo style.

Once outside the building, you can walk along the Plaza de Oriente towards the northern face and walk down through the gardens of this magnificent palace. Specifically, the Sabatini Gardens are located on the north face of the Royal Palace, next to Plaza de España, and between Calle Bailén and Cuesta de San Vicente. 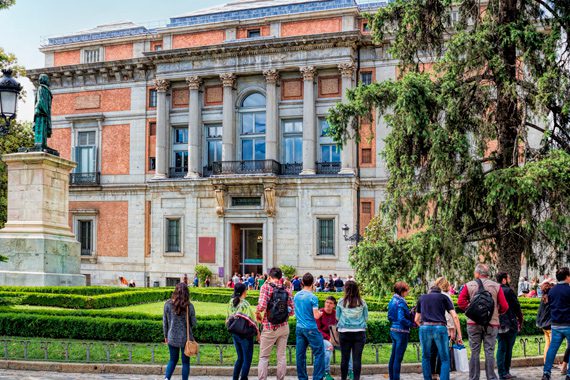 There are a lot of great works to see in the Prado Museum. It is the most important museum in Spain and one of the most important in the world. It houses a large collection of paintings by European masters from the 16th to the 19th centuries. Here you can enjoy some of the best works of famous artists such as Goya, Velázquez, El Greco, Titian and Rubens, among many others. Here you can discover some of the world’s most famous works, such as El dos de mayo de 1808 de Goya, Las Meninas de Diego Velázquez or El Jardín de las Delicias de El Bosco.

Taking a tour of the Santiago Bernabeu Stadium is one of Madrid’s best known tourist attractions. In fact, it is one of the most visited museums in the capital, along with the Prado Museum and the Reina Sofia Museum, and may be the first by revenue figures.

The museum is located inside the Real Madrid Stadium, where you can see all the trophies won by the football and basketball teams, as well as some relics related to their history. You can also walk around the facilities, including the changing rooms, the presidential box, the pitch and the players’ tunnel.

The general admission price is around 15€, and for children under 14 the price is 12€. Tickets can be bought on the Real Madrid website or at the stadium ticket offices.

There is a lot to see and do in Casa de Campo. It is a park that covers more than 1700 hectares, so it is considered one of the largest urban parks in the world. In it you can see different types of trees, many small animals, and you can also do sports and enjoy the outdoors. It is a highly recommended plan to go with friends or family, as you can spend the day there and do different activities such as going up the cable car, or paddling in the lake, where you can see athletes practising canoeing or kayaking. One thing we suggest you do is to have a drink at the beach bars that surround the lake and where there is always a lot of entertainment.

Previous Post Irresistible plans for students in Madrid Next Post Nightlife in Madrid: Where to party in Madrid?